Pre 2016 gallery
In March we visited Waitrose and had an entertaining and informative talk by Raj who is the fish and meat specialist. It was followed by a cheese and ham tasting at the deli. counter. 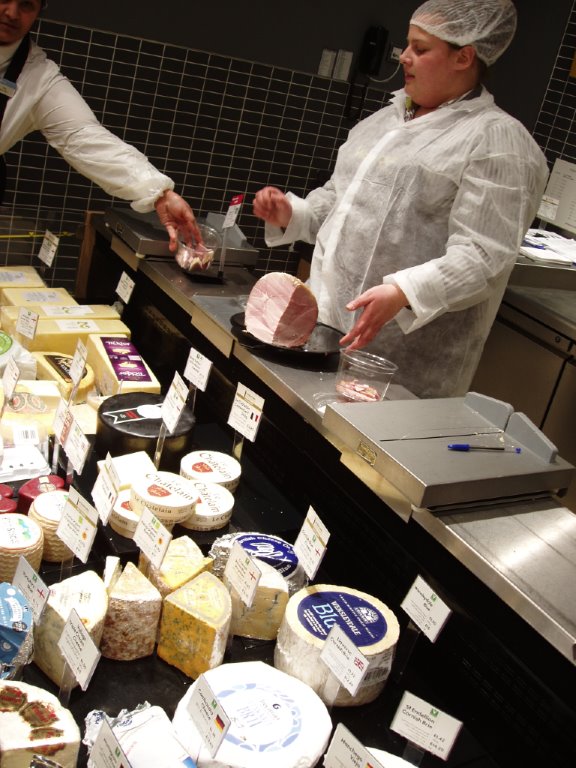 April:
Elizabeth told us about Cornish pasties and demonstrated how they are made according to tradition. They looked and tasted wonderful.

May:
“From field to plate”  After a tasty lunch at Orchard View Farm cafe, Farmer Jim told us about the development of this family farm. He then took us on a tour round where we were told about the animals and well entertained by the pigs. The farm shop is expanding rapidly and we were able to watch the butchers at work and ask questions. 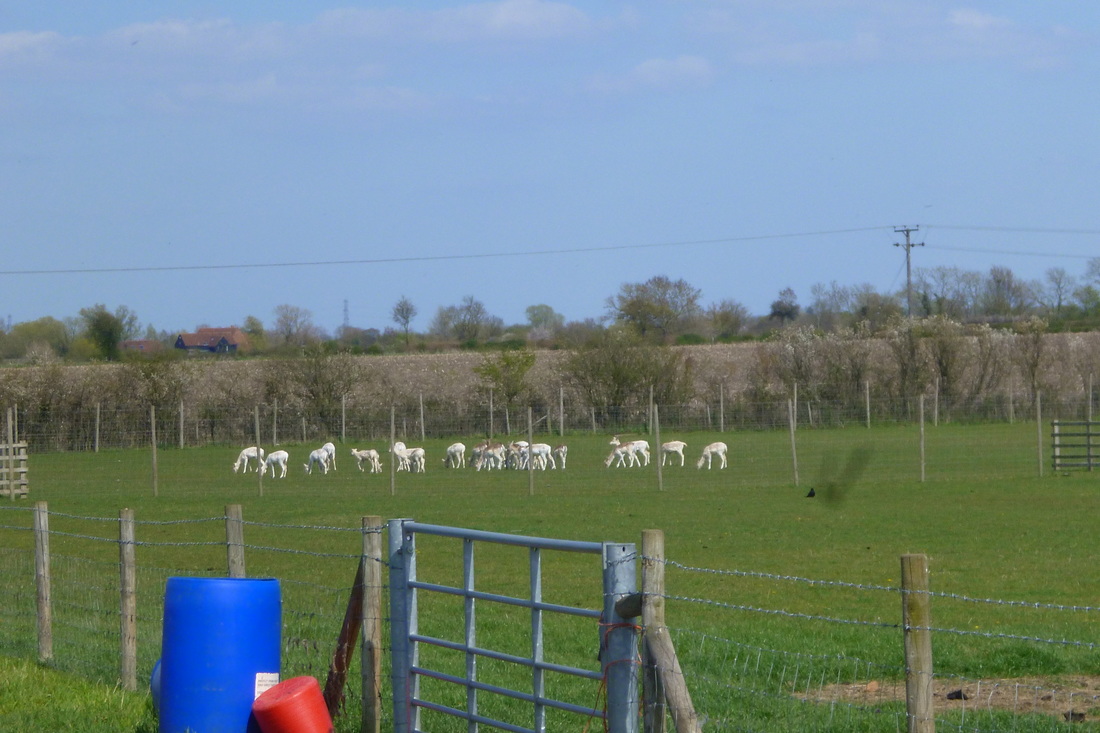 A herd of white deer 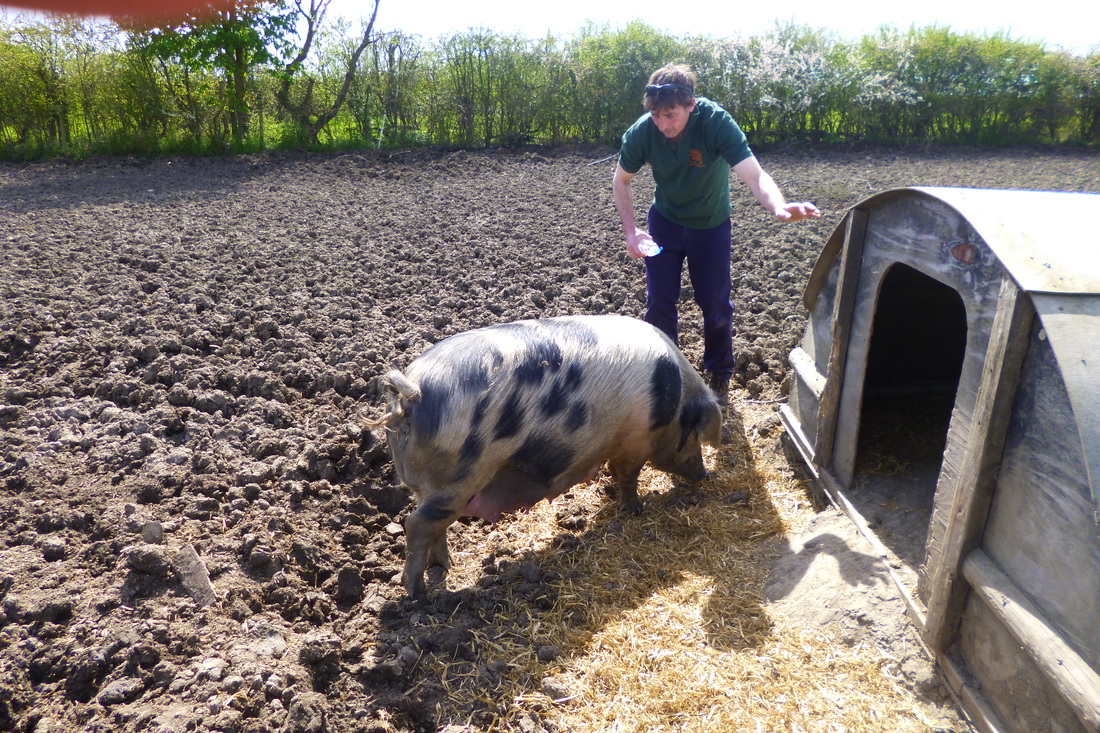 Farmer Jim and a reluctant pig 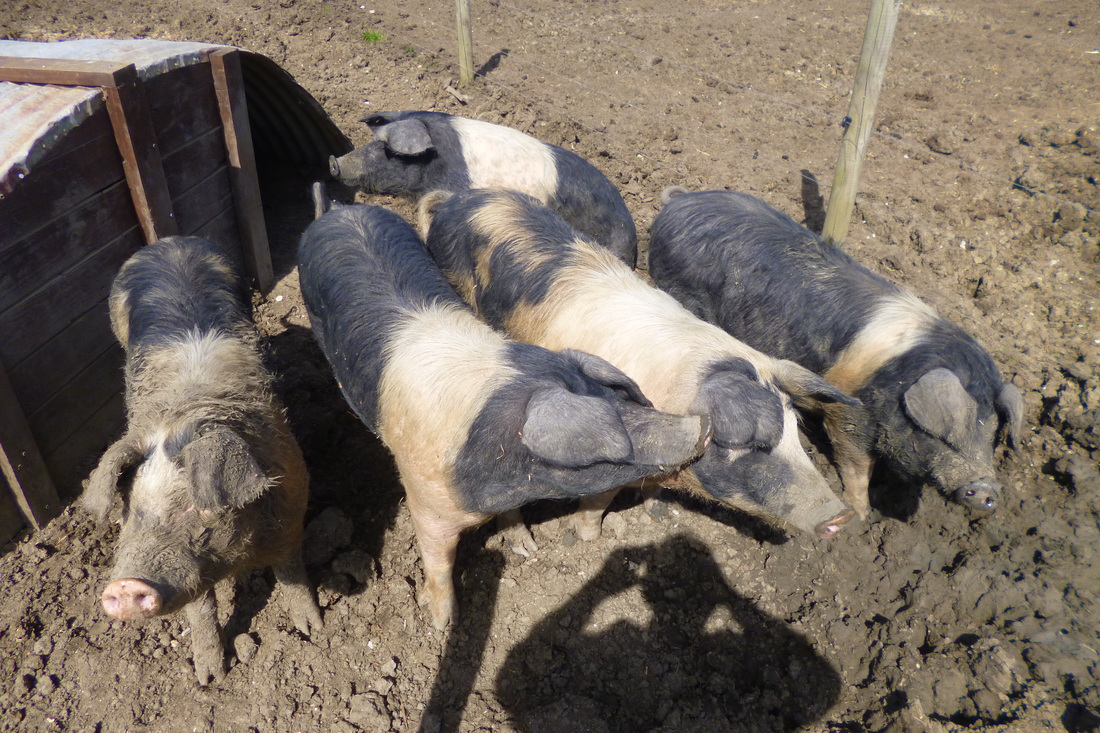 These young pigs kept us amused 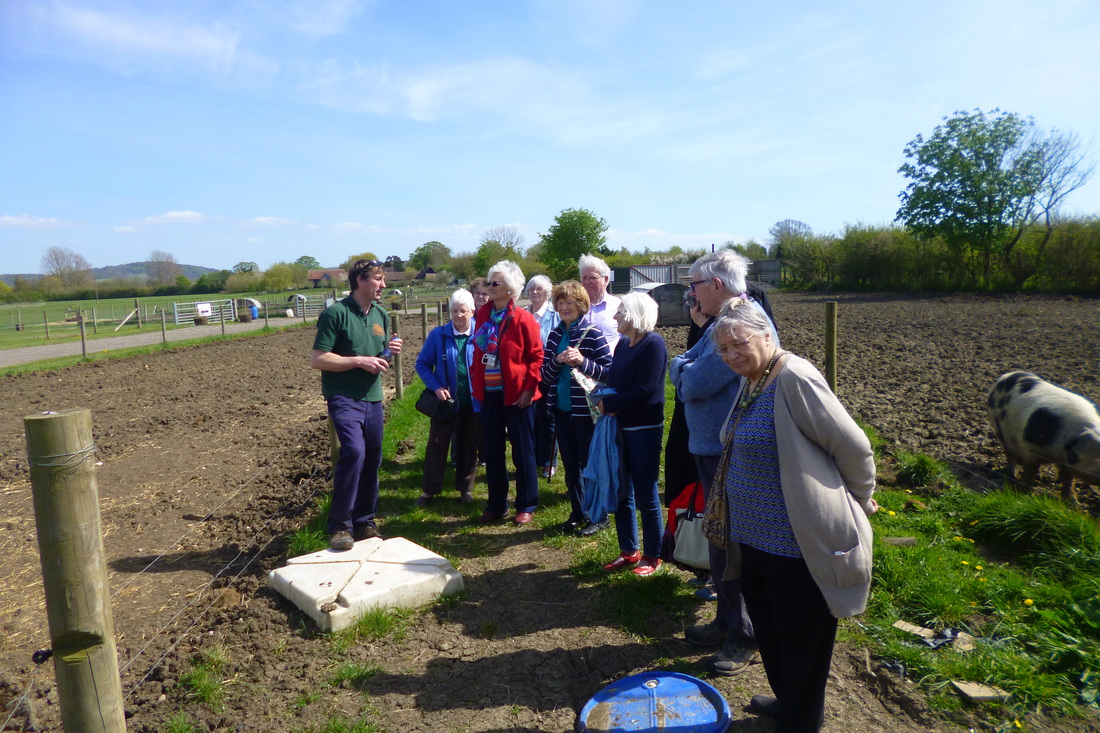 A great day was had by all
June:
Devon scones baked by Mary beautifully light and delicious. We will all be following Mary’s recipe in future. Devon scones have jam on top of clotted cream whereas in Cornwall jam goes under the cream.
July:
We gathered in Diana and John’s garden for a drink before enjoying a delicious buffet lunch prepared by members of the group. 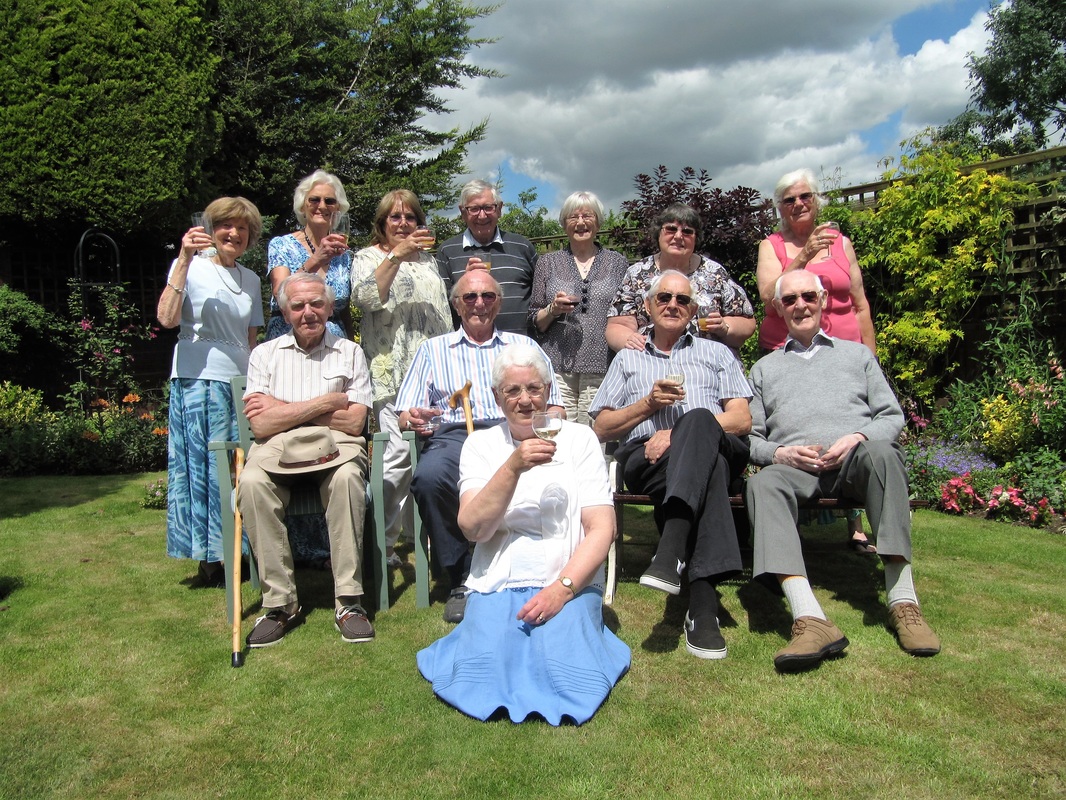 October:
After the summer break we resumed our ‘tour’ round Britain with a taste of Yorkshire Pepper Cake – traditionally offered to singers after their last carol at Christmas.
This was followed by a demonstration and tasting of Yorkshire Parkin. Both cakes featured black treacle and spices.
Christmas:
​We all enjoyed a splendid Christmas lunch. Erica cooked and carved the turkey and Elizabeth and Diana acted as waitresses. It was a lovely celebration. 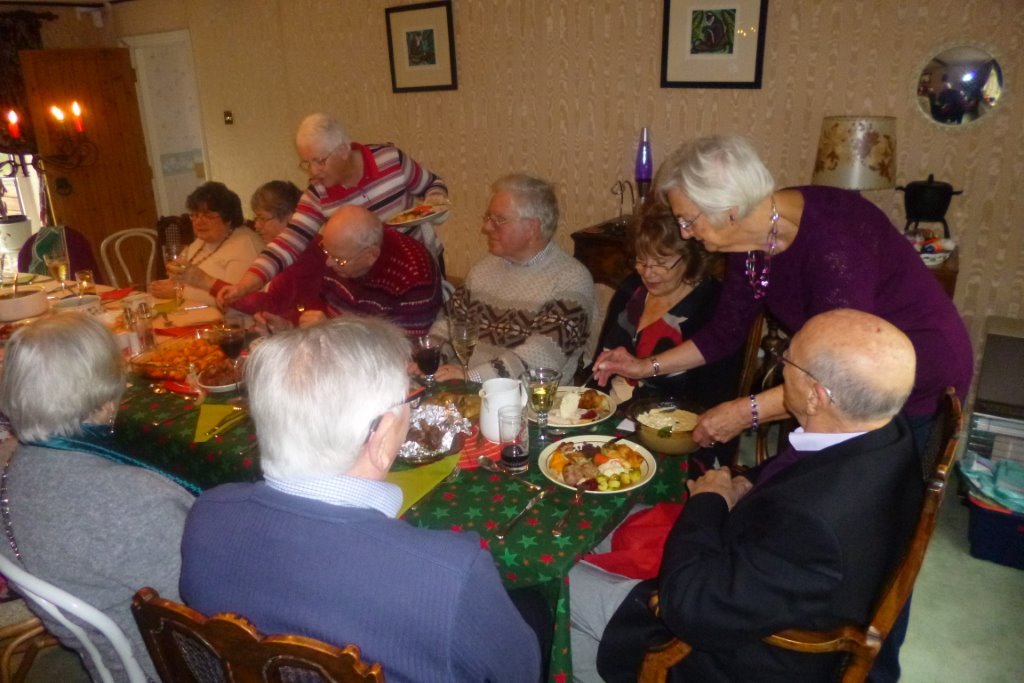 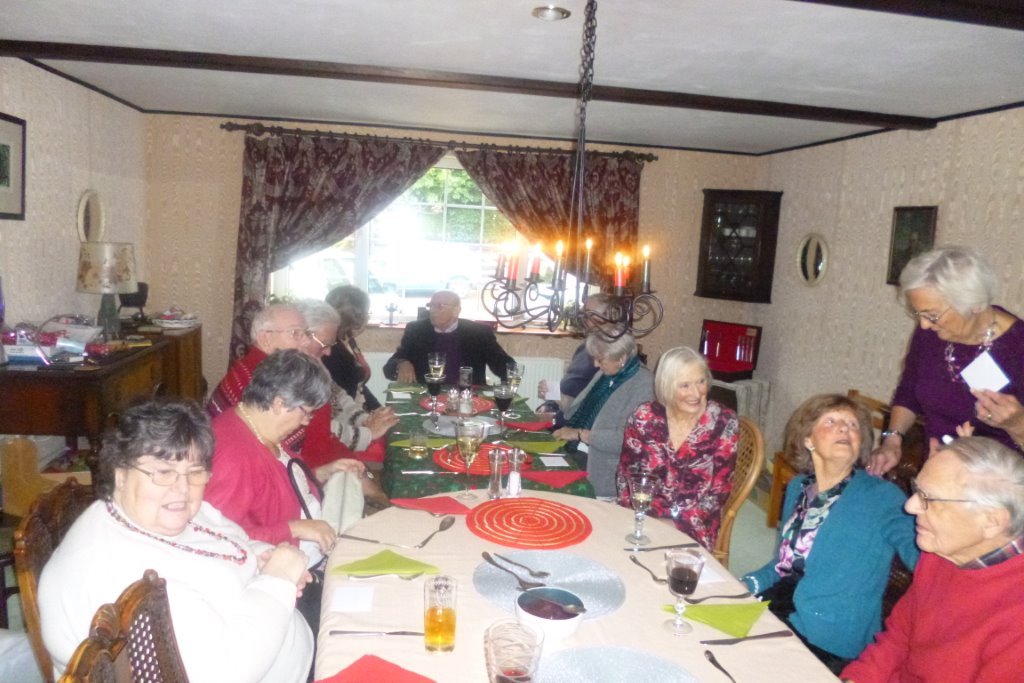